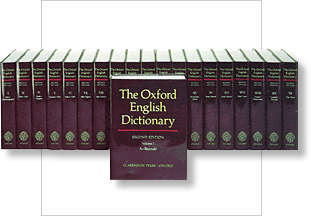 Recently in conversation, Nathan Reginato complained that foreign languages had really messed up English, because, thanks to all these outside influences, the rules are very inconsistent, and it's difficult to keep things straight. And he IS right. But another result of all the outside influences is that English has one of the richest vocabularies of any language on the planet, offering the ability to express fine shades of nuance in many areas to a much greater extent than in other languages (and no, don't come at me with "how many words are there for "snow" in Eskimo...).

Unfortunately, there are also cases where English employs words that do not allow for serious differentiation between concepts, and sometimes this inconsistency has greater semantic implications, causing even bigger problems than the inconsistent rules mentioned above. As an example, the homonym, "bank." Now, no one really has much difficulty in differentiating the meanings of this word... we don't expect to deposit money on a river bank, nor do we really expect to find water when we make a "bank shot" when playing pool... huh. But there's a problem we have when exploring thoughts, caused by another, pernicious homonym... the word "know."

Someone will say, "I know Sally." This usually means that that person is acquainted with someone named Sally, that they have at least met her, and depending on their experience with her, may know her likes and dislikes, foibles, habits, and so on. Likewise, someone may say "I know Algebra." This means that they have studied the subject, and even developed proficiency... but no one would say that they were "proficient in Sally..." So we're faced with this 'knowledge dichotomy,' what are we really saying when we say that we know something or someone? They're really not the same thing. In fact, I'd like to propose that knowing someONE is often a richer, more fulfilling experience.

Experience seems to be key... as an example...

You've just boarded a transcontinental flight to go and visit Sally (remember Sally?), your cousin in Bangor Maine. The friendly airplane Captain comes on and announces: "Hello, and welcome aboard Air Chance Flight 252 to Bangor Maine this morning. Say, before we get going, I just want to tell you a little about myself... I graduated from MIT with a triple major in Aeronautical Engineering, Meteorology, and Systems Management, oh, I was Phi Beta Kappa and Summa cum Laude. I have read not only all the flight manuals for this aircraft, but the maintenance manuals as well... not only how to fly it, but I imagine I could take it apart and reassemble it! Also, I've spent the last two weeks, faithfully using Microsoft Flight Simulator to develop a good feel for the plane... Of course, I've never actually flown a real aircraft before... this is my first flight ever! Oh... and buckle up!"

Anybody want off? You see, there's knowing, and then there's knowing. I'm afraid that all too often we get "head knowledge" and don't follow it up, or "flesh it out" with experience.

I think this is often the case with the church, and, sadly with Jesus. We study, and discuss, and pontificate, and dissect, and cogitate, and expound, but we miss actually knowing, knowing intimately, our Lord and Savior, because we miss EXPERIENCING Him.

It's worth some time to consider how we go about really getting to know someone, how we develop close friendships, and how we learn to knit our lives with those we truly love and care about. Certainly study of the Scripture and consideration of theological disciplines is key, but we really need to take a very pragmatic, personal approach to "knowing" Jesus. And we need to do it now.